THE SHOW MUST GO ON...LINE

Please note that the 2021 Festival Lineup is subject to change at any time without notice. 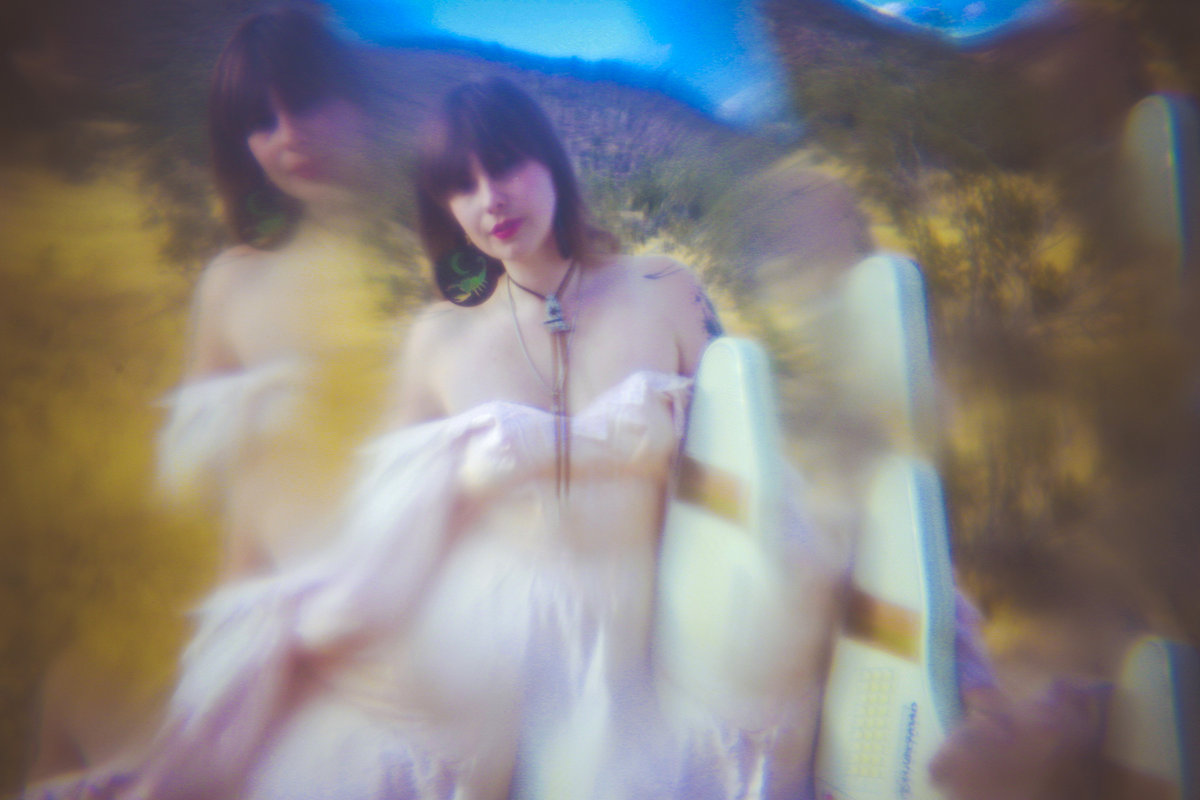 The Mojave is a desolate dreamscape, a vista of mind-bending scenery that seems to transform with every sand-swept step. There’s something exquisitely wild about it, tinged with a hint of danger. On the surface it can appear sparse—even foreboding—but a deeper examination proves it teaming with all the tragedy and transcendence of life.
​
The same can be said for the music of longtime desert denizen AC Sapphire. It has the same surreal qualities, the same sense of constant metamorphosis, the same expansiveness and emotional evocation, the same sense of wonder and revelation. Her cosmic sound blends disparate elements into an ethereal folk rock while her strong voice shakes listeners awake as she spins her passionate, dust-blasted tales. All these qualities can be heard on her upcoming album Desert Car.​

​Despite her affinity for the arid expanse, Sapphire eventually moved back to her hometown of Philadelphia PA. 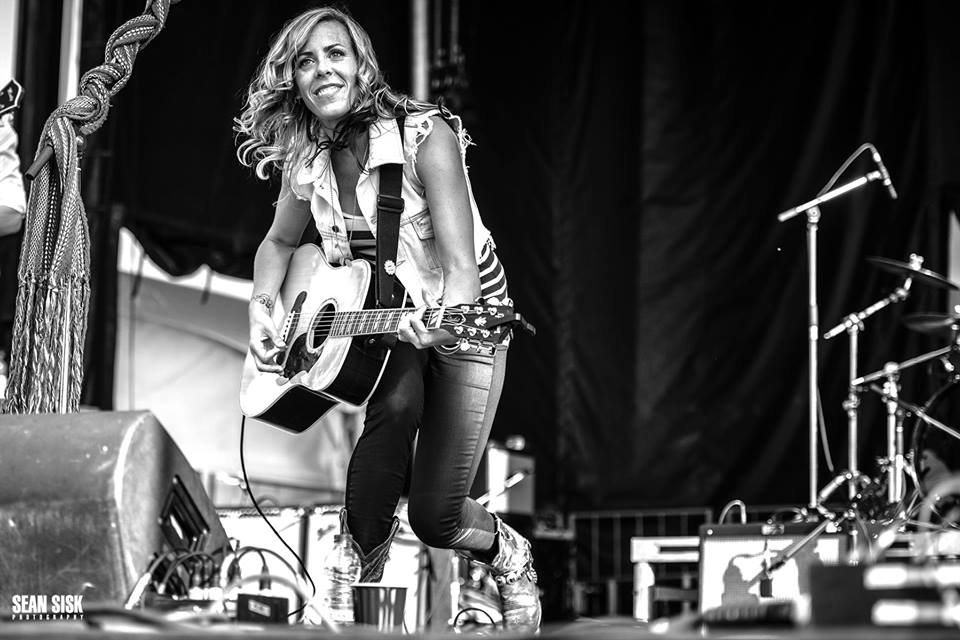 One of Rheaume’s great gifts as a songwriter is her ability to take the personal and make it universal, drawing upon her own experience to deliver messages with a wide resonance. She digs deep on The Skin I’m In, reflecting upon her Metis heritage, as on the profoundly moving title track and “Return To The Water,” and addressing issues of identity and mental health.

This is an artist with a heart as big as her talent. 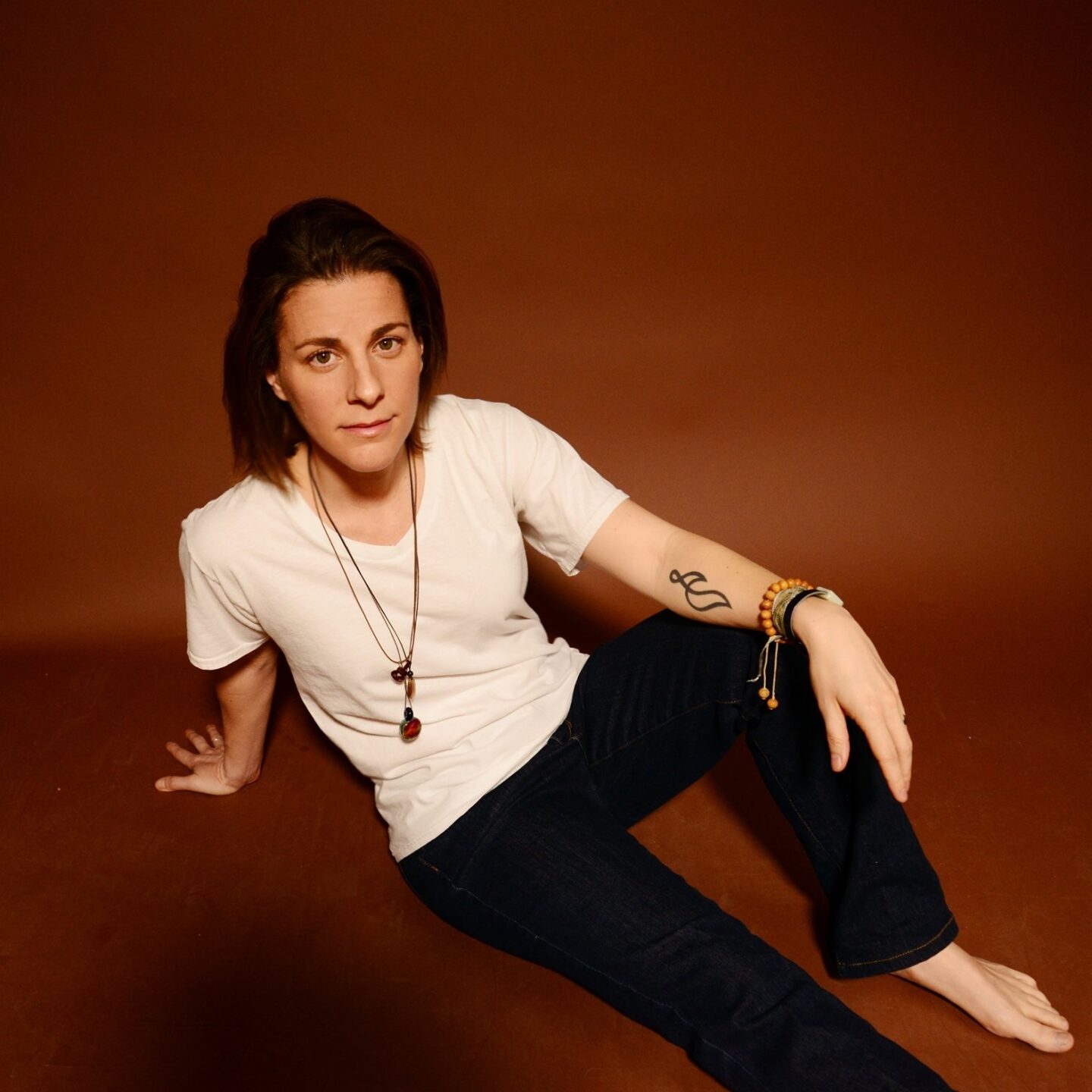 Nardello’s fans describe her as relatable, passionate, soulful, and unapologetically real. A modern torch bearer for the powerful, independent female folk singer. Janis Ian meets Janice Joplin! Nardello’s refined accessibility draws from folk, rock & pop. She can tug at your heartstrings with her softer tunes and get you dancing on your feet with her upbeat songs and powerful voice.

Nardello recently won a contest and had the opportunity to sing with Brandi Carlile at Carlile’s all women’s festival in Mexico and was then named a top “Emerging Artist To Know” by NPR. Nardello has made a nice name for herself in the Tri-State area winning the prestigious Philadelphia Songwriter’s Project Contest and the Tri-State Indie’s “Acoustic Artist Of The Year.” Her songs, “Leave The Light On” and “Home To Me” each won WSTW’s Award for Folk Song Of The Year. Nardello has toured extensively opening for well known artists Colbie Caillat, Brandi Carlile, Gabe Dixon, Emerson Hart of Tonic Fame, Tim Reynolds of The Dave Matthews Band and Ron Pope.

For her latest release, Nardello teamed up with long time friend and collaborator, Matt Duke, to produce her new EP, Human. “For me, “Human” is a collection of songs that explores vulnerable topics. Loving someone when they are broken. Striving to challenge yourself when you are stuck. The final stages of life and all that is unknown. It is truly a soundtrack of my life and the people in it. I always get nervous before releasing new music and my only hope is that anyone who listens can connect to these songs in some special way.” 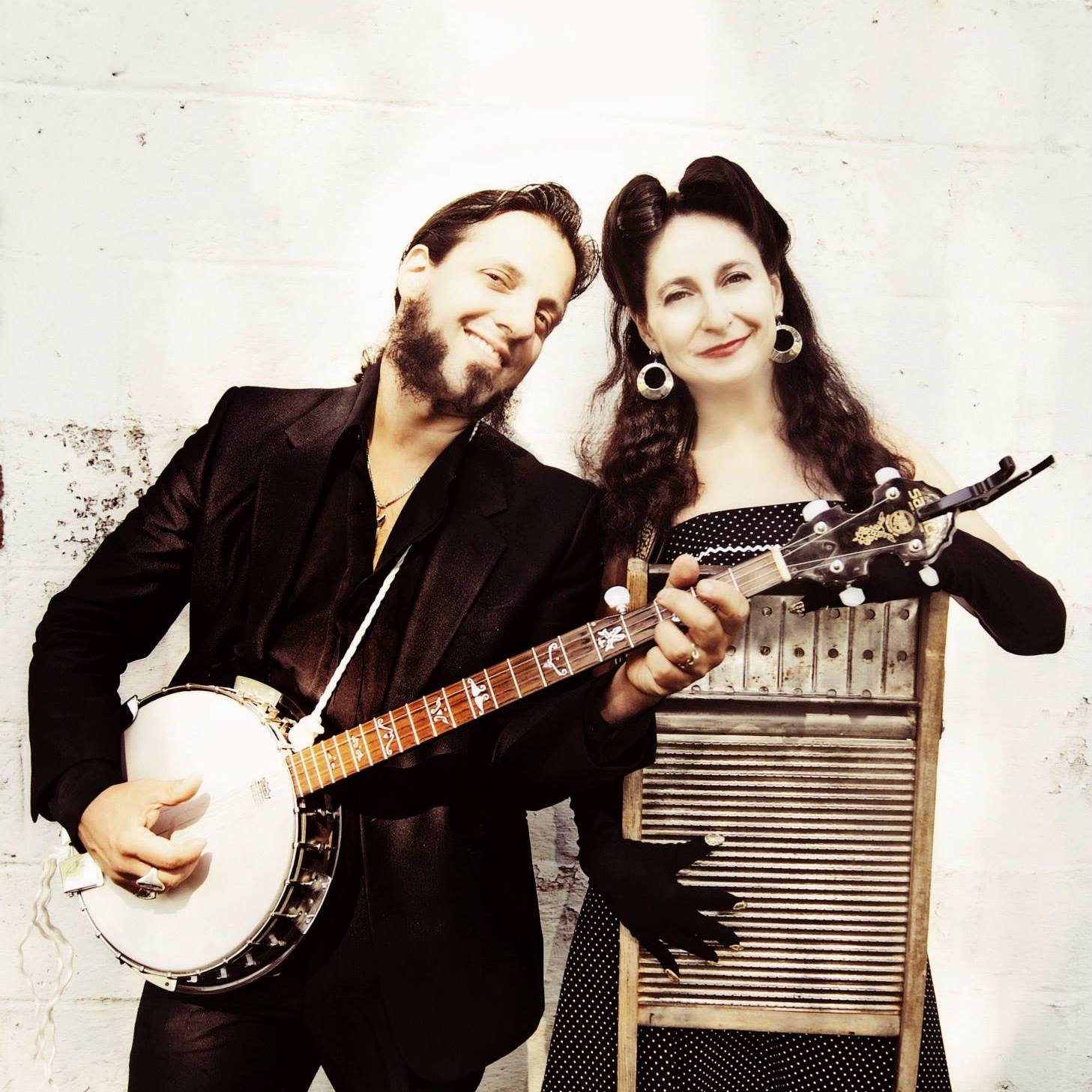 Serving up high energy and deep vintage vibes is our specialty. (Prior to the pandemic) we chased our thrill performing and traveling in our award winning “Boogie Bus.” She boasts a zero carbon emission footprint and conjures classic nineteen-forties style, thusly named for our musical mantra “It’s All About The Boogie” proclaimed on her destination plate. April Mae & The June Bugs’ varied mix of high energy and expansive breadth of genre-bending stylings, has made them a beloved act along the eastern seaboard and the south. Resonating with swing dancers, folkies, cigar box guitar enthusiasts and rockabillies alike. 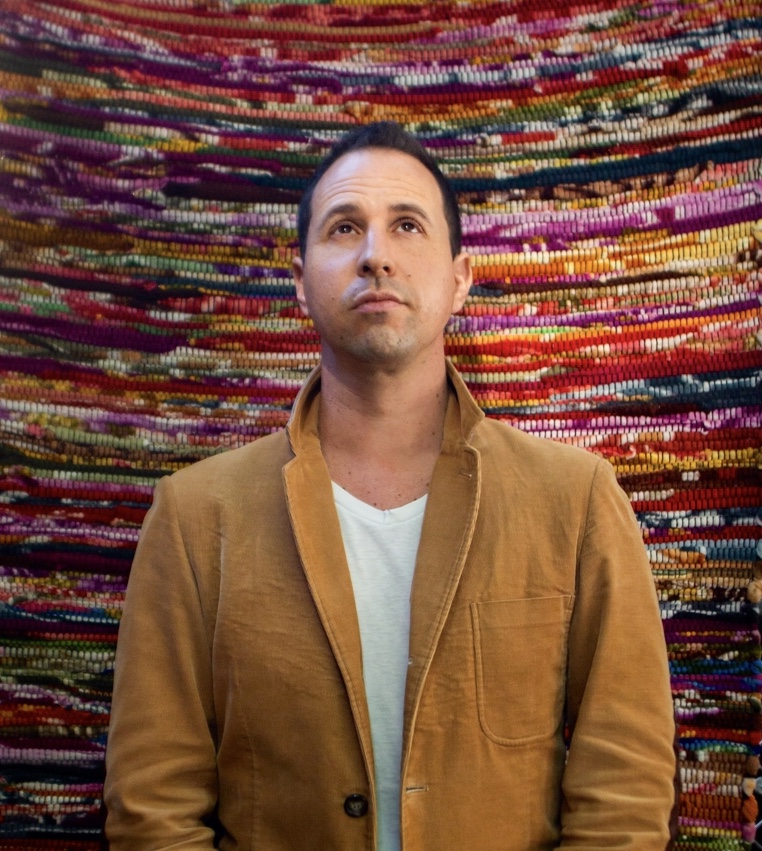 Avi Wisnia is an award-winning singer/songwriter, finding inspiration in 1950’s west-coast jazz, acoustic American folk, Brazilian bossa nova, and contemporary piano pop. Avi tours in support of his upcoming studio album, Catching Leaves, performing in prestigious venues around the world – from the Hammerstein Ballroom in NYC to The Kennedy Center in DC to concert tours in Japan, Poland, and Brazil. In addition to being a performing songwriter, he has given a TED Talk and performed with The Moth storytellers and organizes the Philly Songwriters Circle. 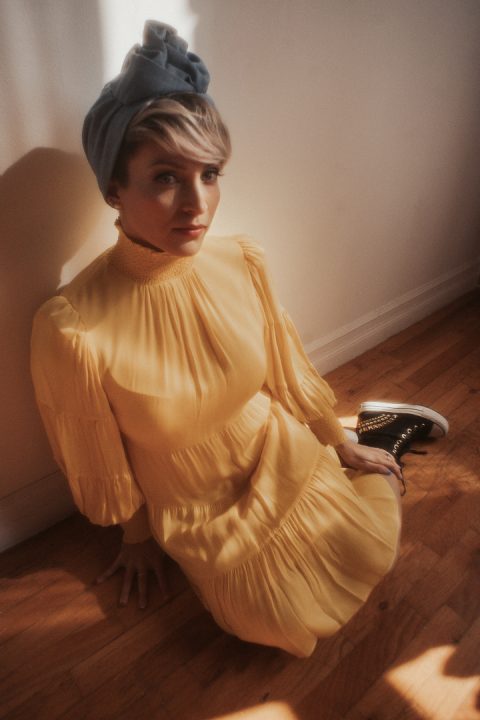 Barbra Lica is a Canadian jazz and folk vocalist and songwriter of exceptional talent, and has been receiving accolades for her unique vocal ability that stresses subtlety, grace, and expression. Based in Toronto, Barbra’s performances have captivated audiences all over North America with her genuine warmth and engaging stage presence.

Hot on the heels of her 2017 Juno-nominated recording, ‘I’m Still Learning’, Barbra is back with her fifth and most ambitious offering to date – ‘You’re Fine’. Having spent the last couple of years touring, Barbra found herself in Nashville where she was blown away by the sounds of old country and western swing. She dedicated the next year to songwriting trips between Nashville and Toronto, collaborating with new songwriters and work-shopping with her band to find a new space for contemporary jazz-infused folk, borrowing elements of American country music. 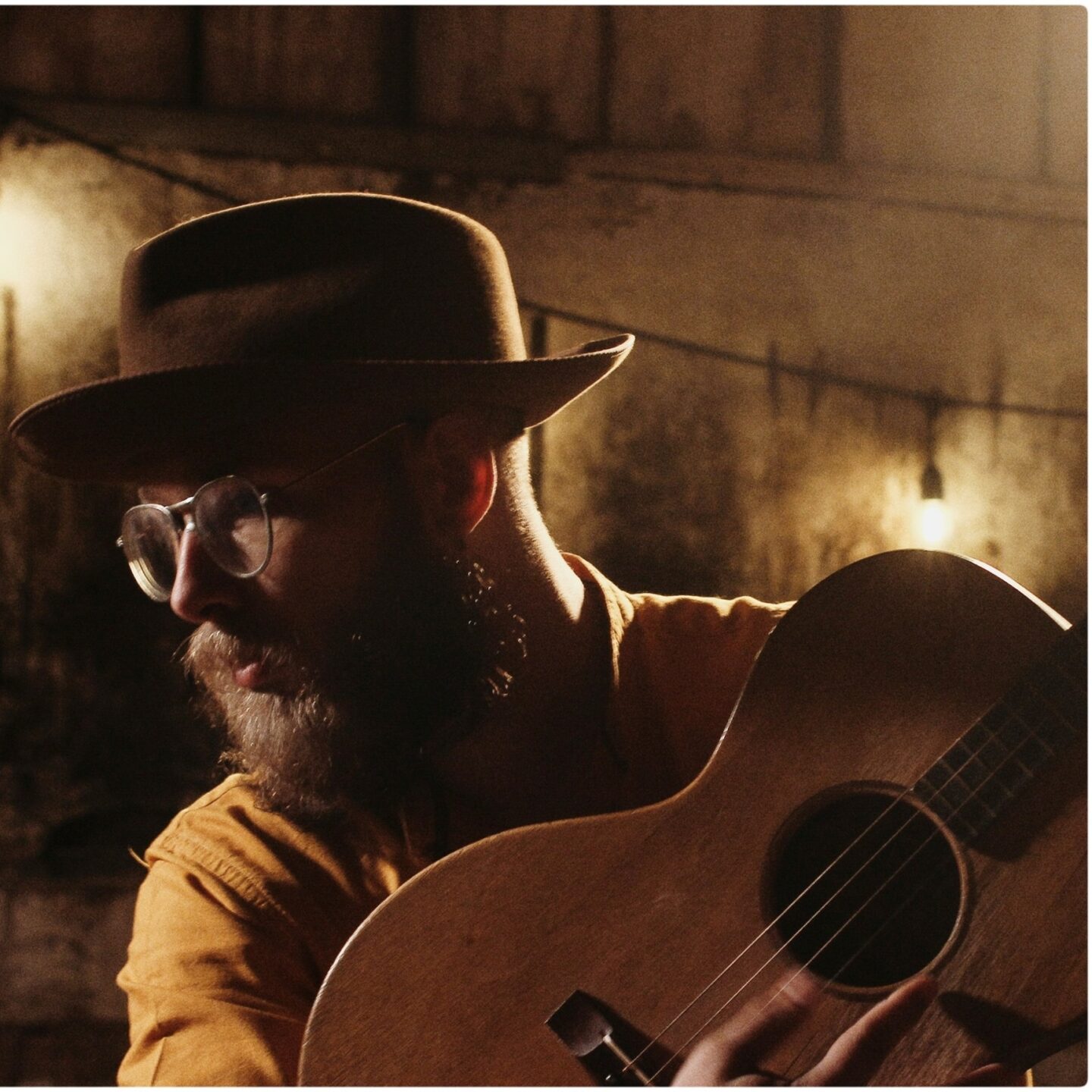 Benjamin Dakota Rogers is a multi-instrumentalist, singer-songwriter and composer.Using his captivating voice, guitar and explosive fiddle he is creating music that draws you in with stories and spoken-word poetry. Benjamin’s sound is hard-driving powerful folk with a contemporary edge. Accolades include two Canadian Folk Music Award nominations, three Hamilton music award nominations and winner of several international songwriting competitions. His 2019 release Better By Now was released on Tresspass Music to wide acclaim. His latest singles “Wild World” and “Charlie Boy” are available now.

Hailed by the New York Times as “one of the great soul interpreters of her generation”, Bettye LaVette is a vocalist who can take any type of song and make it completely her own. To quote the late, great George Jones, “Bettye is truly a singer’s singer”.

Her career began in 1962, at the age of 16, in Detroit, Michigan. Her first single “My Man – He’s a Loving Man”, was released on Atlantic Records. This led to tours with headliners such as Ben E. King, Clyde McPhatter and then up-and-comer, Otis Redding. She recorded for numerous major labels, including Atco, Epic, and Motown, over the course of the 1960s through the 1980s. She also worked alongside Charles “Honi” Coles and Cab Calloway in the touring company of the Toni Award winning musical, Bubbling Brown Sugar.

The 2000’s started what she calls her “Fifth Career”. Her CD, A Woman Like Me, won the W.C. Handy Award in 2004 for Comeback Blues Album of the Year. She was also given a prestigious Pioneer Award by The Rhythm & Blues Foundation, was inducted into the Detroit Rhythm & Blues Hall of Fame, given an Unsung Award by the National R&B Society, and inducted into The Blues Hall of Fame by the Blues Foundation. She has received Blues Music Awards for Best Contemporary Female Blues Singer and Best Soul Blues Female Artist. Since 2002, she has released 8 albums, 5 of which have received Grammy nominations.

In 2017, she signed with Verve Records and has since recorded 2 albums, both of which were produced by Steve Jordan, were critically acclaimed, and received Grammy nominations. The first was Things Have Changed, an album consisting of all Bob Dylan songs. Her latest, Blackbirds, is Bettye’s homage to the Black female singers of the 1950s who came before her.

Fans, critics and artists have nothing but high praise for her live show and her vocal prowess. Now, at 75 years old and in her 59th year in show business, she is still performing with the ferocity of a woman half her age. She is one of very few of her contemporaries who were recording during the birth of soul music in the 1960s and is still creating vital recordings today. 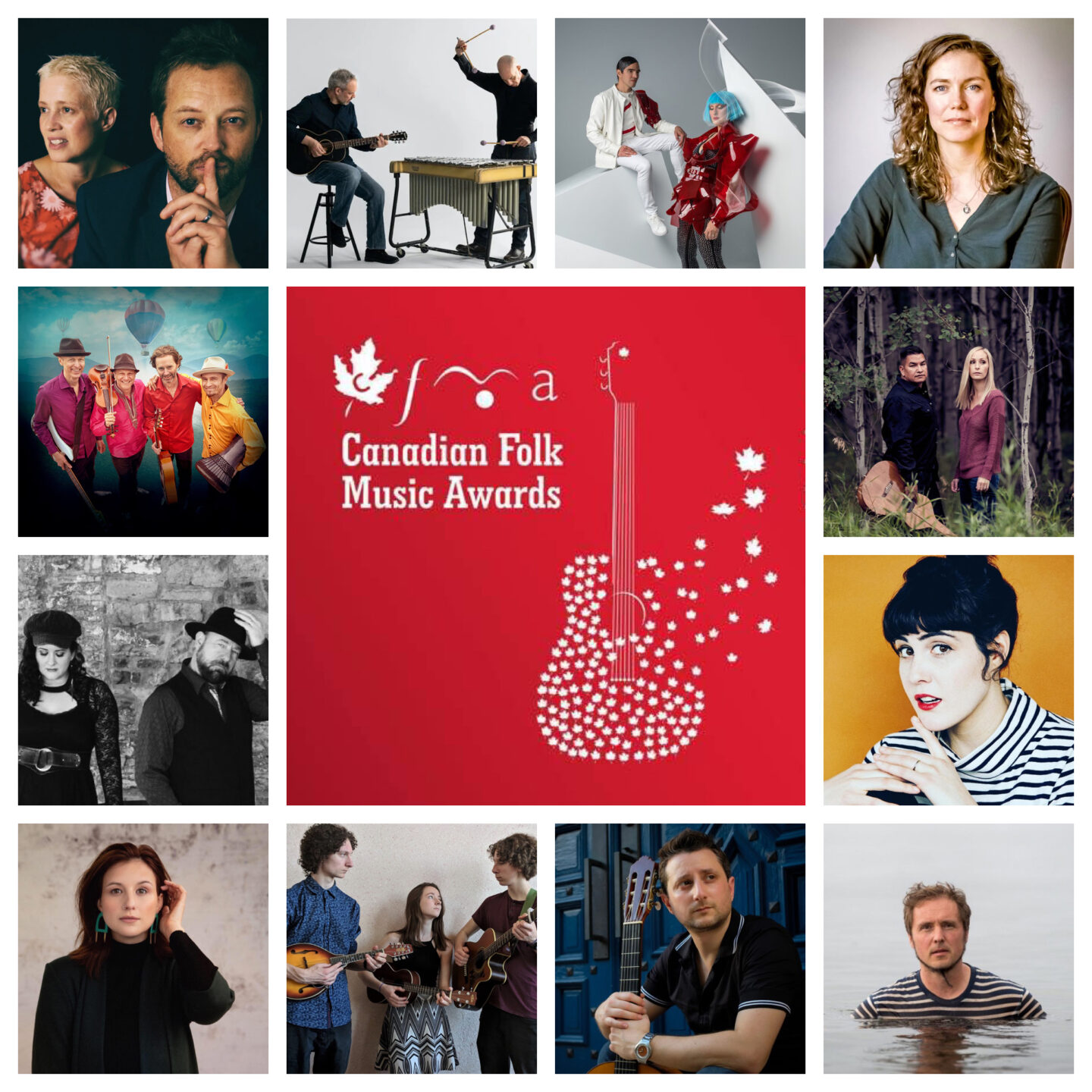 Canadian Folk Music Awards celebrate the breadth and depth of folk music in Canada with the Canadian Folk Music Awards Showcase. Established in 2005, the mission of the CFMAs is to celebrate and promote Canadian folk music in all its forms, and to that end, the CFMAs are proud to partner with the Philadelphia Folk Festival to present an encore performance of their 2021 CFMA nominees, featuring: Big Little Lions (BC) Sussex (QC) Mélisande [électrotrad] (QC), Catherine MacLellan (PEI), Sultans of String (ON) Burnstick (MB) Beauséjour (MB/NB) Sarah Jane Scouten (BC), Marie-Éve Laure (QC), The Gilberts (NS) Benjamin Barille (ON), and Guillaume Arsenault (QC).

PLEASE NOTE THAT THE 2021 FEST LINEUP IS SUBJECT TO CHANGE WITHOUT NOTICE. 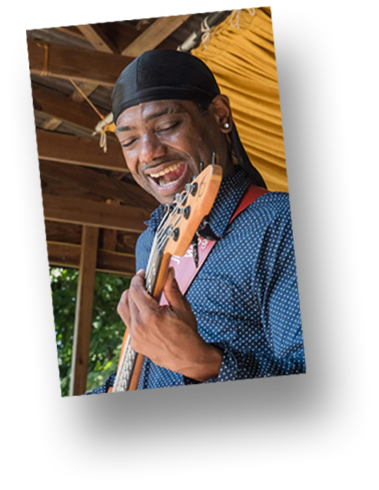 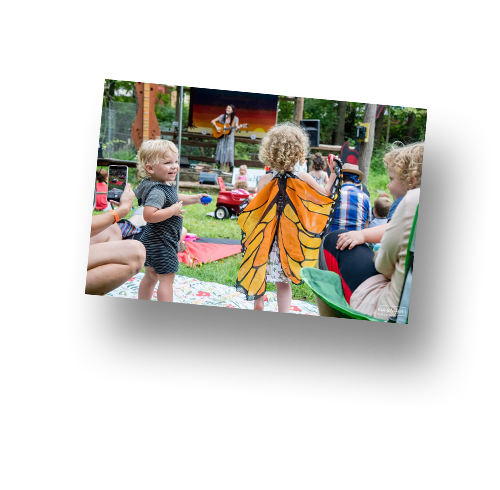 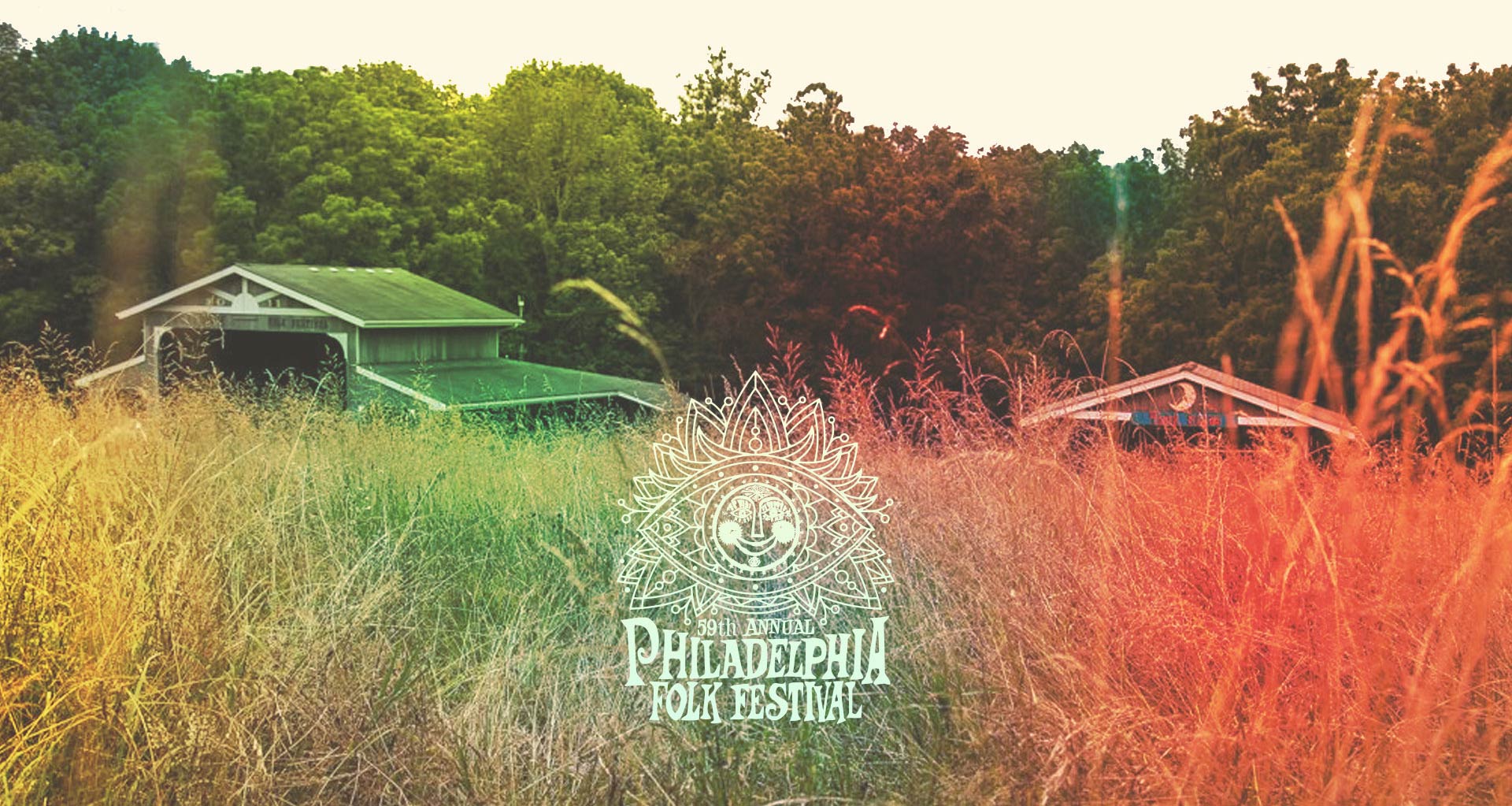